The Icon Exhibition in Krakow 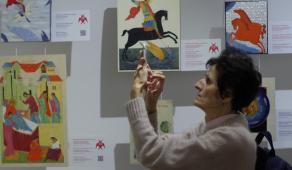 The Icon Painting School "Radruzh" of the Ukrainian Catholic University cordially invites everyone who is interested in the phenomenon of the Western Ukrainian icon to the exhibition "And the Word became flesh..", which will last from November 25 to January 8, 2023in Archdiocesan Museum in Krakow,19-21 Kanonicza Street.

At the exhibition75 icons of beginners, experiencediconpaintersand teachers of the School are presented. Icons represent the Ukrainian style of icon painting - ancient and modern.

The Exhibition “And the Word Became Flesh”

Solomiya Tymo, art historian, professor of the Theology Faculty, director of the Iconography School “Radruzh” at the Ukrainian Catholic University

Iconography School “Radruzh”: History
The School was started in 2005 by the group of enthusiasts as an Icon-Painting Summer Programme. In the years 2007-2009 under the leadership of Prof. Solomiya Tymo as the director, “Radruzh” developed into several directions: as a full-time professional program for iconographers, part-time certificate program and summer school for international students (in English and Polish).
The mission of the school is to be the “place where traditional Ukrainian iconography of the classical period (14th-16th cc.) is studied, revived and popularized, together with a serious study of the theology of the icon and art history”. The name of the School “Radruzh” comes from the name of the village (now in Lubaczów powiat, now in Poland) from which come some of the most ancient surviving icons (late 14th c.) representative of the Ukrainian iconographic tradition. The team of the school was gathered around experienced restorers of ancient icons – Pavlo Petrushak and Anastasiya Chaban. They became the first teachers at the school who brought up the first generation of students.
Over these years our programs served more than 1000 students from all parts of Ukraine and over 20 countries from all over the world. Since 2016 we have also developed a system of online lectures and workshops for the Ukrainian and international public.
Graduates of the School work as professional iconographers, painting individual icons and performing interior decoration projects for churches, monasteries and individual patrons. 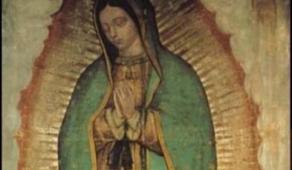 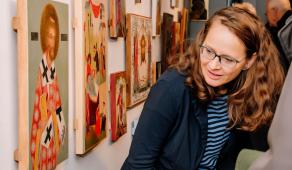 The icon exhibition in Austria 3.12.22 - 15.03.23
The exhibition of the icon painting school of the UCU "New faces of the ancient tradition" in Austria.   Icon painting school "Radruzh" in cooperation with the Austrian Academic and Cultural Bureau cooperation and at the invitation of the government of the federal state of Salzburg on December 3rd, 2022, opened an exhibition of Ukrainian icons in the local history museum of Leogang. Works of teachers and students of the "Radruzh" school are presented at the exhibition. Interest... 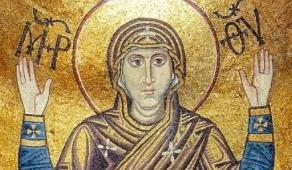 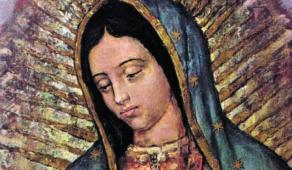 Guadalupe 490th Anniversary: recorded seminar
Commemorating the 490th Anniversary of the Apparitions of Our Lady of Guadalupe       On December 9, the Catholic Church commemorates St. Juan Diego Cuauhtlatoatzin, to whom the Blessed Virgin Mary first appeared on that day, 490 years ago, on Tepeyac Hill (now Mexico City). After this "private" revelation, of which there were many in history, there remained a unique artifact – an image of the Virgin of Guadelupe. Research in the twentieth, and...